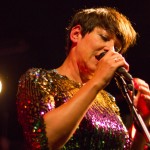 In the preparation to the tour with Azymuth members Ivan Conti and Alex Malheiros I have to admit I had no idea what they were all about. It was only when my fellow musician friends started to react very enthusiastic and excitedly started singing the themes they knew from Azymuth records I knew i had missed out on something. How wonderful then to, already for 9 years, be part of a group with someone  like Phil Martin who came up with the idea to invite these great musicians and icons of original Samba Soul Disco invaders to play with us.

After landing and settling in on the 18th of September 2014 they immediately got to the rehearsal room with the invaders to work through a couple of Azymuth hits and Jazzinvader freshly ‘pressed’ new tunes. This would be a jam-packed two weeks with a tight schedule of rehearsals, recordings and of course the icing on the cake, live shows!!! The joy of playing is so appearing when you are in the rehearsal room or on stage with Ivan and Alex. Just like with Dr Lonnie Smith, these guys held on to their spirit and youthful fresh playing, wonderful and inspirational too!

Besides being the sweetest guys, with Ivan giving me very gallant hand kisses ;-0, they were also very happy to share their rich music heritage and history  with us. We of course invited Lilian Viera to join our tour for she was also one of those who grew up with these icons of the Brazilian music scene, she was in awe, and ‘in love’ with her heroes ;-). It was great for me to share front stage with this wonderful lady , she is the ‘real deal’ and i am happy to say we share the same sense of humor 😉

In a nutshell I can say that for me the performances live were a joy whereby the ones at Bar du Matin in Brussels, Dolhuis Dordrecht, BIRD Rotterdam and NSJ Club Amsterdam were the biggest parties. But all venues and crowds who were so kind to receive us were great. The band was smoking and sounding great and the mix with Ivan and Alex was organic as if we had always played together. At all gigs hardcore Azymuth fans did come to hear their favorite tunes and to engulf themselves again with some smooth ‘Last Summer in Rio’, or ‘Partido Alto’ or ‘Circo Marimbondo’ or ‘Jazz Carnival’. I had to catch up on my Portuguese quick, but with help of Lilian and Ivan I did manage to sound the part.

I am grateful to Ivan and Alex, Phil and the Jazzinvaders for this great experience! Many thanks to Miguel  Boelens and Angelo Verploegen to be part of this tour as the Jazzinvader horn section, and a big hand for Floriaan Wempe who jumped in at the gig at Porgy & Bess Terneuzen. Last sunday the 29th of September Alex and Ivan left for home again and after a long trip landed safely on Brazilian soil. 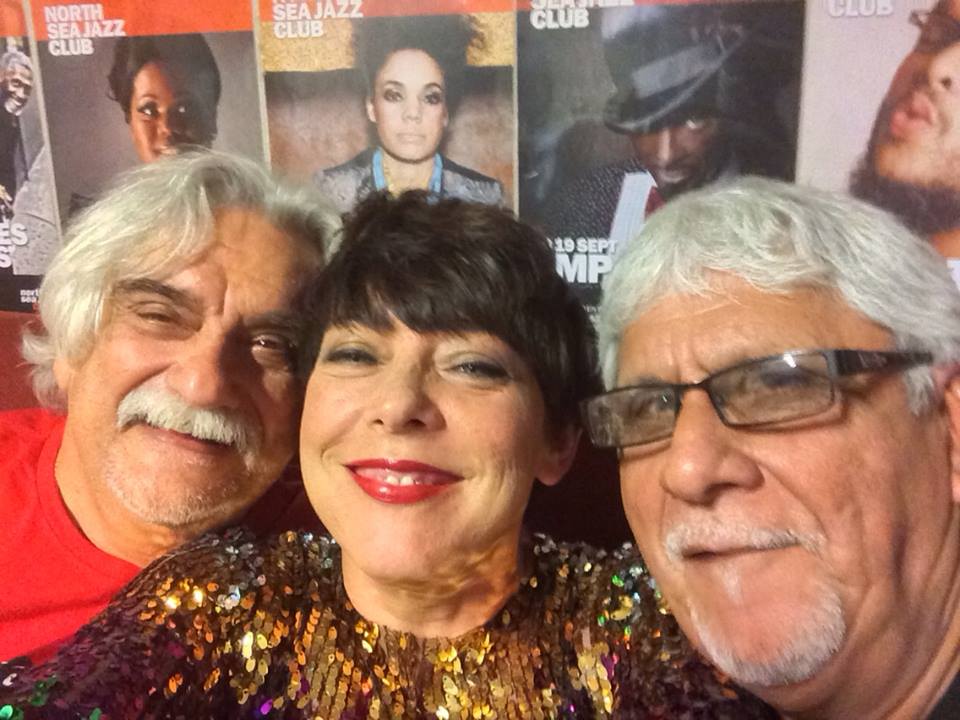 Now we will get back to work on finishing two records, one Azymuth and one Jazzinvaders DISCO album! Jazzinvaders Disco? yess it is possible! When i am driving to Jazzinvader gigs i always travel together with Berthil Busstra, also a lovely guy and magician on anything with black and white keys. He and I are both lovers of disco music , cos  this was our era of growing up in and we just both love these smooth but funky vibes. The idea to make a Disco album with the Jazzinvaders has been talked about for two years already and now finally it is about to happen. Both records will be out there in 2015!

One more big thank you to Phil Martin for never letting a great idea go to waste and instead of just dreaming you keep getting it done! Also big thanks to Music and More for organizing the tour, Mark Eckhardt for being the perfect PA to the stars 😉 and Rolf and Berthil for also brewing the new Jazzinvaders tunes and sound. I did miss Guido Nijs and Jan van Duikeren for the tour but they already sound great on the new album!

All in all I am one lucky son of a gun 😉
Keep posted and give the support, we feel it and need it!
X Linda