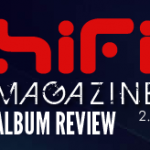 During the summer of 2012, Netherlands nu-jazz superteam The Jazzinvaders teamed up with Hammond B3 legend Lonnie Smith to concoct one unusually spontaneous album. New material was literally developed in the stroke of hours, and in a matter of days they were complete. The album’s title, That’s What You Say!, borrows a common phrase used by Smith. Regardless of the term’s ambiguous meaning, it’s a cool hip marquee for what envelops on the inside. It puts the old pro in the company of a versatile jazz outfit led by producer and band drummer Phil Martin (aka Timothy van der Holst). He’s also surrounded around enough danceable funk that’s certain to take more than a few wrinkles from above his brow. On the album’s opener, there’s a rollicking dance floor rumble akin to the percussion preludes of “Hey Pachuco” before it dips into Yellowjackets funk. “No Cure” plays with lines from Diana Ross’s “Love Hangover.” Further along the journey, “Song for Lonnie” – teased as a musical tribute to the band’s guest of honor – employs a dazzling array of New Orleans horns, while “Buzzin’” flaunts with sneaky vocal echoes and smoldering “you” chants bearing the equivalence of Two Tons o’ Fun on Sylvester’s dance floor hit, “I Need You.”

Like a magic wand in a Disney fairy tale, Smith’s organ proves to be the compass to the album’s narrative, highlighting tracks in such a way as a lead vocalist would. And if Smith isn’t front and center of the song’s magic, trumpeter Jan Van Duikeren or Rolf Delfos and Guido Nijs’s sax playing wondrously fills the void. Much of the disc plays with crafty originals made up by Delfos, Van Duikeren or bassist Ton Van Der Kolk, but they do dip into cover tunes, particularly on their sped-up version of Freddie Hubbard’s 1967 “Little Sunflower,” which puts band vocalist Linda Bloemhard on Al Jarreau’s set of lyrics. There’s also a nod to Jimmy Smith’s “Mellow Mood,” a tune Lonnie Smith reprised on his 2012 album The Healer.

The album only slows down once for “Tie Am,” proving that the “invaders” loves their unapologetic walks on the wild side. Maybe a few calm numbers in between the hyper action would have struck a chord of balance into the set and would have granted Smith and Company a much-needed cooldown in between rigorous exercises. That is probably the album’s only stumble, although it’s a very meager one. There’s also the misunderstanding modern pop revelers have for the world of jazz. Surely it’s hard as hell to judge freestyle jazz in the context of pop. Jazz is like an ever-flowing river, encompassed in its glorious world of groove and feeling. And that you find here on the Jazzinvaders’s fourth album, an acid jazz album that flaunts its fluidity and sophistication with a type of class only hip grown folks will most likely understand. Given that, it should be no surprise for this particular pair-up event to make its respected rounds across the pond.